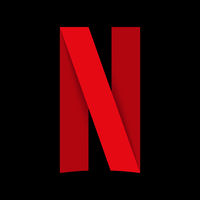 Netflix
To Application Save job

Netflix’s Animated Features Production team is looking for an experienced administrative assistant who is passionate about production AND animation. The successful candidate will be instrumental in coordinating alignment between the team and their cross functional partners. This will require a candidate to be positive and calm under pressure, while juggling multiple projects. This is a fast paced position in a rapidly growing studio that requires someone who is detail oriented and proactive.
About Animated Features Production - The Animated Features Production department at Netflix Animation is focused on supporting a growing slate of long-form animated films and limited series, where we strive to create a strong culture of collaboration, opportunity, inclusion and partnership. We are responsible for supervising all aspects of physical production, from development through final delivery, across 2D, CG, Stop Motion and Hybrid Animated films. We establish preliminary project budgets and schedules, crew up films, identify creative partners (vendors) and support/suggest best practices throughout the life cycle of production. Specific responsibilities include, but are not limited to:
Qualifications:
APPLY NOW
Share this listing:
LINK COPIED

Publish your jobs to our chatbot audience.

Tell us what you are looking for. We will provide you with best fitting service.

Use one of our chat bots to explore jobs and manage your job search.